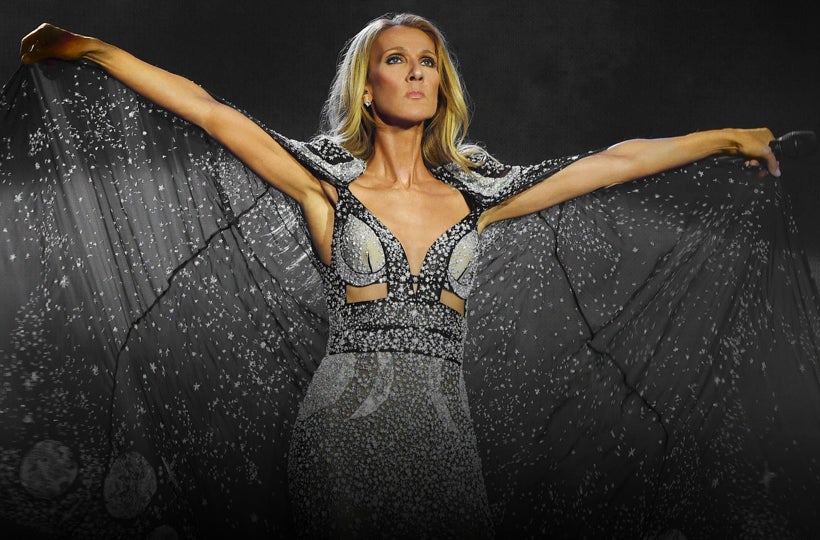 One of the most immediately recognized and widely respected superstars in pop music history, Celine Dion, announced that she will be embarking on her COURAGE WORLD TOUR, set to kick off in the fall of 2019. The multiple award-winning artist made the announcement to a packed house of fans during a special live event at the Theatre at the Ace Hotel in Los Angeles. Unveiling a short video chronicling the end of her iconic Las Vegas residency, Celine surprised the audience with the news of the COURAGE WORLD TOUR, her first U.S. tour in over 10 years. Delighting her fans with a very special performance of songs from her chart-topping catalogue, Dion closed the event with an intimate Q&A with the audience.

Celine says, "I'm so grateful to all the fans who have come to see my show in Las Vegas for so many years, and now I get the chance to create a brand new show and bring it to them in North America, and around the world.  I'm very excited about this tour, and my new album...coming later this year."

The COURAGE WORLD TOUR will kick-off September 18 and make a stop in Oakand on April 9, 2020!

JUST ANNOUNCED: @theweeknd is bringing The After Hours Tour with @sabrinaclaudio and @DonToliver to Oakland Arena on 8/3! Live Nation Presales start 2/27 at 10am local. Get more info at #LiveNation.com
Happy V-Day from us & Ginuwine 🌹
What’s your favorite @celinedion song? Come sing along with us on 4/9 🎤 #CourageWorldTour
#TBT to 2013 🙌🏼 Pearl Jam tickets on sale tomorrow at 10AM. Don’t miss out! 📸: Karen Loria
It's gonna be a good life 💥 #BebeRexha 📸 @priscillapple
#HappinessBegins with you and your friends! Enjoy a VIP experience at the #JonasBrothers on 12/12 including: One luxury theatre box with (4) tickets and (1) parking pass. How to win: 🎉 Follow @oaklandarena 🎉 Tag 3 friends in the comments Ends 12/9 at 12PM See link in bio for rules #sweepstakes 📹 @jonasbrothers
Happy birthday @champagnepapi #tbt to 3 sold out nights🦉
3 years ago #SaintPabloTour
🔜 10/15
Felt cute, might delete later 🙈
The time has come! Tickets are on sale now for @celinedion April 9th, 2020 at Oakland Arena. bit.ly/CelineOakland
Thank you for two sold out days in the Bay
GO OFF
Lit 🔥 📸 @jessicapadover
KIRK 📸 @henryhwu
Welcome home, G 📸 @gradybrannan
748178332038965