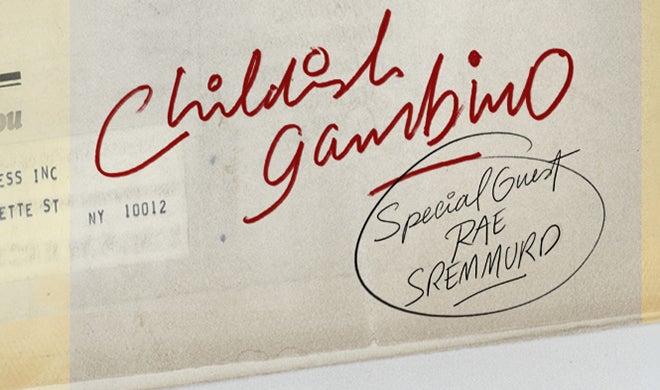 Childish Gambino's last live music production, "PHAROS," was a runaway success in 2016. The highly-acclaimed performances took place in Joshua Tree, California, where Gambino debuted songs from his third studio album "Awaken, My Love!" The critically-acclaimed, certified gold album was nominated for Album of the Year and Best Urban Contemporary Album at the 2018 GRAMMY Awards, while "Redbone" won for Best Traditional R&B Performance and received nominations for Record of the Year and Best R&B Song.

Get presale tickets Thursday, March 8th from 10am-10pm with code SWEATPANTS. Tickets go on sale to the general public beginning Friday, March 9 at 12pm on Ticketmaster.com.

#OnlyLive can you get this feeling with @theweeknd 🖤 Catch his #SBLV performance tmrw and see him live at Oakland Arena on the #AFTERHOURS World Tour. Head to theweeknd.com/tour for tix + info.
@theweeknd has announced new dates on his upcoming #AFTERHOURS tour ahead of his historic #SBLV performance this Sunday. The previously scheduled August 3 date at #Oakland Arena has been rescheduled to March 8, 2022 🖤
See you all in #2021 ✨
Can’t stop listening to @ShawnMendes’ new album #WONDER. Here’s one of our fav moments from the last time Shawn took the stage in Oakland. Drop a 🖤 below if you were here!
Reminiscing 😌
1 in 4 people are not registered to #vote. Check your status in less time than it takes to microwave popcorn here👇 nationalvoterregistrationday.org
Tonight we are going RED in solidarity with the live entertainment industry as part of the #RedAlertRESTART initiative. Join our team in posting your favorite live event memory using #WeMakeEvents #RedAlertRESTART
Who remembers plaza parties? #DubNation Arena Archives - June 2019
Tonight we #LightItBlue to thank all the medical professionals around the world. We thank you greatly for your service during this time. Today on World Health Day, and everyday, we honor you with an #ASMGlobalStandingOvation
Where my Icy Girls at? 💎 Arena Archives - #RollingLoud 2019
Reminiscing about opening up the pit 💭 Arena Archives - #RollingLoud 2019
👅
Happy V-Day from us & Ginuwine 🌹
What’s your favorite @celinedion song? Come sing along with us on 4/9 🎤 #CourageWorldTour
#TBT to 2013 🙌🏼 Pearl Jam tickets on sale tomorrow at 10AM. Don’t miss out! 📸: Karen Loria