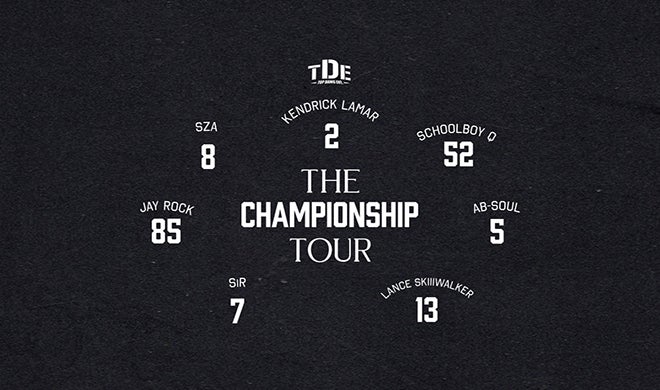 Top Dawg Entertainment will be embarking on "THE CHAMPIONSHIP TOUR" complete with the label's all-star roster including Kendrick Lamar, SZA, ScHoolboy Q, Jay Rock, Ab-Soul, SiR, Lance Skiiiwalker and more to be announced. The North American tour, produced by Live Nation, will make its stop in Oakland Tuesday, May 8th at Oracle Arena.

Don't miss The Championship Tour at Oracle Arena on May 8, 2018!