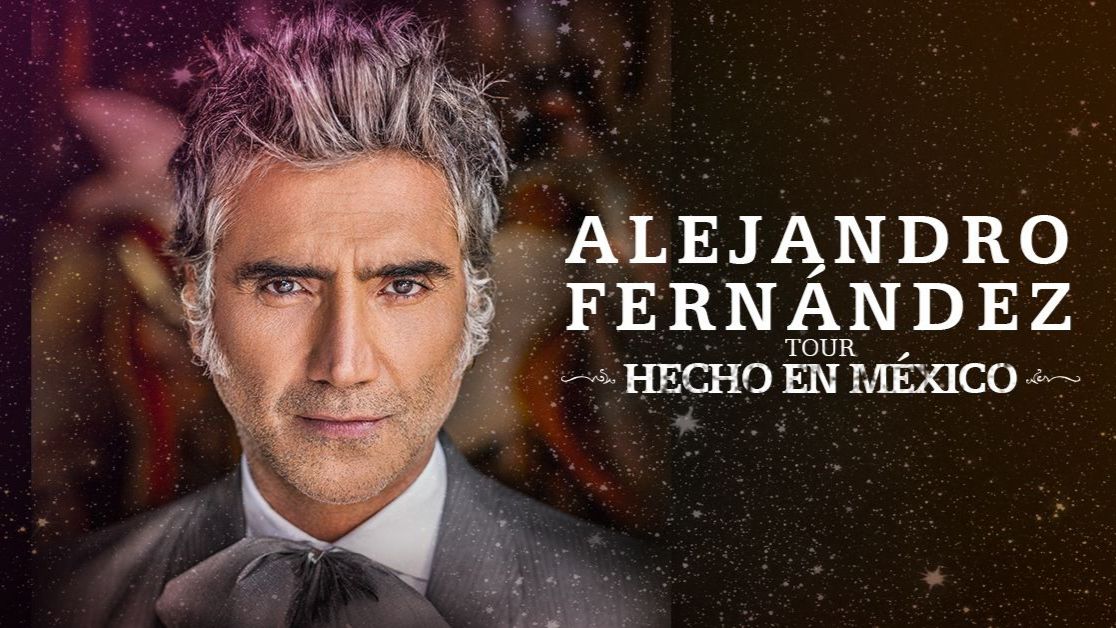 Alejandro Fernández recently announced the release of his long-awaited new album, ‘HECHO EN MÉXICO’ (MADE IN MEXICO), which marks his return to the mariachi ranchera format popularized by his father, and living-legend, Vicente Fernández.

The album tells stories of love and heartbreak, with “El Potrillo” (as he is lovingly called) demonstrating his once-in-a-generation vocal talent while paying tribute to a genre whose spirit is deeply ingrained in the hearts and souls of Latinos everywhere.

Tickets go on sale to the general public beginning Friday, February 14 at 9AM at Ticketmaster.com. Every online ticket purchased for the United States and Canada ‘HECHO EN MÉXICO’ tour includes one physical CD copy of the new album.

The Lauren Daigle tour has officially begun! Come see this amazing new production #LiveinOakland on 4/22!
JUST ANNOUNCED: @theweeknd is bringing The After Hours Tour with @sabrinaclaudio and @DonToliver to Oakland Arena on 8/3! Live Nation Presales start 2/27 at 10am local. Get more info at #LiveNation.com
Happy V-Day from us & Ginuwine 🌹
What’s your favorite @celinedion song? Come sing along with us on 4/9 🎤 #CourageWorldTour
#TBT to 2013 🙌🏼 Pearl Jam tickets on sale tomorrow at 10AM. Don’t miss out! 📸: Karen Loria
It's gonna be a good life 💥 #BebeRexha 📸 @priscillapple
#HappinessBegins with you and your friends! Enjoy a VIP experience at the #JonasBrothers on 12/12 including: One luxury theatre box with (4) tickets and (1) parking pass. How to win: 🎉 Follow @oaklandarena 🎉 Tag 3 friends in the comments Ends 12/9 at 12PM See link in bio for rules #sweepstakes 📹 @jonasbrothers
Happy birthday @champagnepapi #tbt to 3 sold out nights🦉
3 years ago #SaintPabloTour
🔜 10/15
Felt cute, might delete later 🙈
The time has come! Tickets are on sale now for @celinedion April 9th, 2020 at Oakland Arena. bit.ly/CelineOakland
Thank you for two sold out days in the Bay