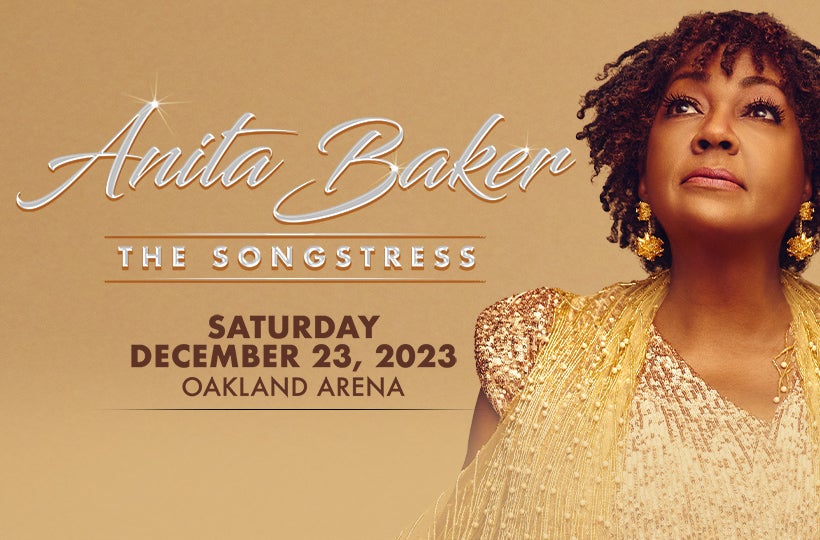 Fresh off the heels of 50+ coast to coast, standing room only, record breaking, sold out shows and eight-time Grammy Award-winning superstar, Anita Baker. “Baker’s sonorous voice has lost none of its mesmerizing power or luster, and the petite dynamo can scat and toss out other impromptu riffs like nobody’s business.” - Billboard “If this season really winds up being the period on Anita Baker’s career, fans couldn’t have asked for a better swansong, though anyone who was so moved (or missed it entirely) will surely be begging for an encore.” -Chicago Reviews “Anita Baker’s back to back sold out concerts had every single ticket pickup up at the box office, - an extremely rare occurrence in our venue’s almost 100 year history.” -New York’s Radio City Music Hall With a chart-topping catalog that touches multiple generations – concert-goers span all ages and have featured multiple special guests including Stevie Wonder, Regina Belle, Kelly Rowland, Alicia Keys, Ledisi, India Arie, BeBe Winans, Emily King and many more! You never know what surprises are in store at this truly unprecedented concert experience.

❄️❄️❄️ 📸: @matts2kool
JUST ANNOUNCED🌹 @manaoficial is bringing their Mexico Lindo y Querido US Tour to Oakland on March 18th! Tickets onsale Nov. 18th at 10:00am.
JUST ANNOUNCED 🤠 @pbr is returning to Oakland on March 25th! Ticket onsale Nov. 21 at 10:00am
🤠 📸: @priscillapple
JUST ANNOUNCED ⚡ @angelesazulesmx on March 11th! Tickets on sale 11/11 at 10:00am
JUST ANNOUNCED 💥 @yg is bringing The Red Cup Tour with @ohgeesy , @daysulan and @d3szn to Oakland on Feb. 1st. Tickets on sale 10/28 at 10:00am
The queen returned to Oakland last night 👑 📸: @matts2kool
👑
JUST ANNOUNCED! @rodwave on Dec.17th! Tickets on sale Friday 10/7 at 10:00am.
Don’t miss @wutangclan, @nas and special guests @bustarhymes this Saturday 10/1! Hit the 🔗 in our bio for tickets!
@therealmaryjblige kicks off her Good Morning Gorgeous Tour this Saturday! ✨ Don't miss her with special guest @queennaija here on October 6th! For more information visit http://BPCTickets.com
@kendricklamar x @keem
IF I DIDN’T LEARN TO LOVE MYSELF, FORGIVE MYSELF A HUNDRED TIMES 🌫
KING KUNTA 🔥
We’re just a week away from stepping’ into two nights of @kendricklamar at Oakland Arena! Get your tickets now at Ticketmaster.com before they’re gone. Ticket 🔗 in bio!
FLASH MOB VIBES 💎💎💎
LEGENDADDY 🐐 #daddyyankee #laultimavueltaworldtour #liveinoakland