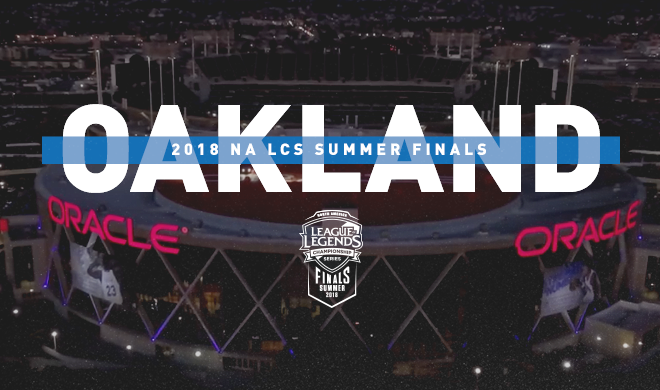 This September 8-9th, League of Legends esports fans will have the chance to watch the top four NA LCS teams battle it out for the title of Summer Split champion.

The North American League of Legends Championship Series has a unique connection to Oracle Arena by way of the Golden State Warriors basketball team; the Warriors team is an affiliate of the newly franchised NA LCS team, the Golden Guardians.

“As an organization, we are looking forward to seeing the best of the NA LCS compete at our home court at Oracle Arena,” said Kirk Lacob, Vice President of GSW Sports Ventures. “Oracle Arena has hosted some of the top basketball talent in the world over the last few years, so it’s fitting that the top teams in the NA LCS will face off in Oakland as well.”

LoL esports fans will pack Oracle Arena on Saturday, September 8, and Sunday, September 9, to cheer for the top NA teams and learn who will have the honor of representing North America at the 2018 World Championship in Korea this fall.

Details regarding ticketing for the 2018 NA LCS Summer Finals will be communicated after the start of the Summer Split.