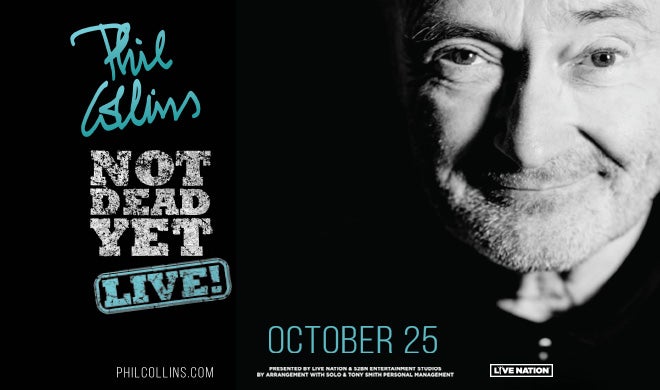 This October, Phil Collins will tour North America for the first time in 12 years making a stop at Oracle Arena on October 25, 2018!

The “Not Dead Yet Tour” is the culmination of a multi-year comeback for Collins that has also included an extensive reissue campaign along with the penning of a memoir, also titled, Not Dead Yet. The tour kicked off in Europe in June 2017 and has seen Collins perform a mixture of solo staples and Genesis classics.

As has been the case for past performances of his “Not Dead Yet Tour,” Collins’ North American leg will feature guitarist Daryl Stuermer, keyboardist Brad Cole, bassist Leland Sklar, percussionist Luis Conte, and Collins’ 16-year-old son Nicolas on drums along with a horn section and backup singers.